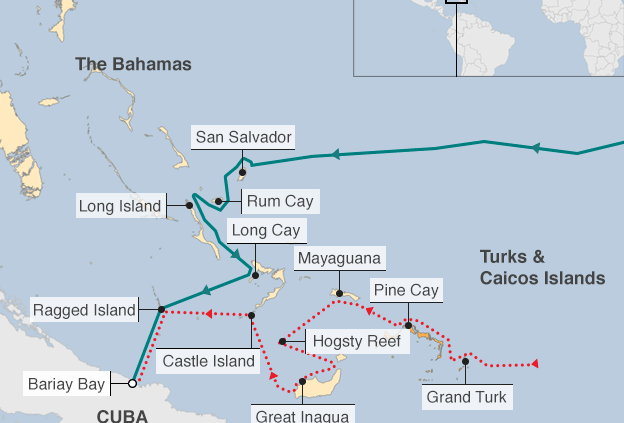 More than 500 years after Christopher Columbus made his first fateful landfall in the New World, modern day adventurers from Turks and Caicos are retracing his route on a quest to rewrite history.

The Italian explorer’s momentous transatlantic voyage in 1492 was hailed as the first meeting between a European and the Western Hemisphere since the Vikings – a feat that would change the course of history forever.

Columbus’ first steps in the Americas have been the subject of many paintings, but precisely where he initially set foot has been disputed for centuries, with as many as 10 islands across the Bahamas and Turks and Caicos (TCI) claiming the accolade.

Now a team of sailors and a historian have made it their mission through a series of maritime expeditions to prove that Columbus’ arrival in the Americas was on Grand Turk, TCI’s capital isle.  Read the entire story from the BBC